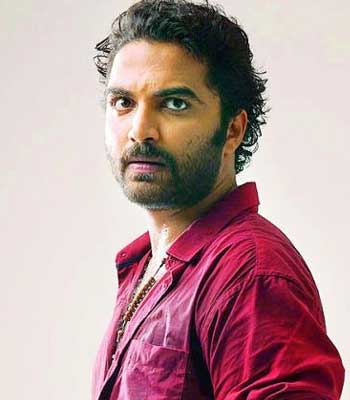 Earlier to acting in movies, Vishwaksen Naidu worked in short films and he also directed a film, Pitta Katha for the 48-hour film festival. He constantly kept meeting people whom he thought would give him an opportunity but he didnt, he just want any opportunity and was looking for something which would give him a chance to prove himself. He started acting at the age of four when he got enrolled in a dance class. Sice from childhood he wanted to become an actor. He just want to do every possible role, and transition from one character to other. When he was 17, studying Inter second year he went to Mumbai to study acting under Anupam Kher. When he decided to pursue acting full-time, he decided to shift to from Secunderabad to Filmnagar

He later got chance in a movie directed by Tharun Bhaskar Daashyam - Ee Nagaraniki Emayyind, which is to be released soon. Ee Nagaraniki Emayyindi too features a slew of new faces. Touted to be a remake of Malayalam super hit, Angamaly Diaries, this buddy comedy revolves around four friends – (played by Vishwak Sen, Abhinav Gomatam, Venkatesh Kakumanu, Sushanth) who team up to make a short film. The story happens primarily in Hyderabad and Goa and the episodes at Goa are rumored to be a laugh riot. The movie in a way is Tharun’s revisit to his short film days. The movie reflects tribulations of short filmmakers on a comical note and the characters of the four friends and the situations are fictitious. Tharun chooses Goa as the premises to infuse humour into the story as he feels Goa is a great place to visit with friends and make a film.